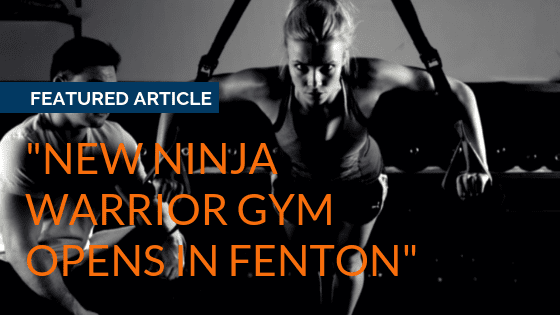 A new ninja gym opened its door this weekend in Mid-Michigan.

“We’ve actually been talking about this for close to 10 years now,” said Ed McNulty.

That dream for Ed and Megan McNulty, along with their daughters Parker and Payton, became a reality December 1, when the doors to Tri-County Ninja opened in Fenton.

“It’s a little at first because when our first open gym was at 1 p.m.,” said McNulty. “I get here, and not a lot of cars at one so I was like ‘oh no’ but then we ended up having a pretty decent turnout we had a lot of good kids come in here.”

The McNulty’s along with the help of LaDena Domerese and Jordon Howe, the first ninja obstacle gym has opened in Genesee County….”

To read the full article, please click the link below.